Joseph Fein is a blogger and political analyst who, as will be shown below, isn't a credible source. He describes himself as a political analyst involved with fundraising and research and as a legislative analyst involved with appropriations and Central Asia oil and history. And, he recently attacked me on his blog "Valley of the Shadows" [1] and did so in a way that shows he has trouble analyzing and understanding.

A nobody saying bad things about me would mean little, except Glenn Reynolds linked to it [2]. In the same post, Reynolds linked to a Google search for "shut the f--- up lonewacko", a phrase that the cowardly Reynolds twice posted in reply to my comments on his site; see the last link for the details on that and for many other reasons why Reynolds isn't a credible source.

Here's a variant of the comment I left at Joseph Fine's link; I've changed it since I found out his name:

This site wrote about me yesterday and got a link from Instapundit, and I didn't find out about it until now. That's some influence!

There really isn't much to reply to here since Joseph Fein doesn't really say much.

But, Joseph Fein does lie.

And, Joe Fein is lying when he claims I wanted to vote in "Liberals". As it says at that post "the GOP is going to have big wins across the U.S. no matter what. I'm simply suggesting going against that trend in order to send a message." Can't Joseph Fein read and understand?

Regarding smart questions, Joe Fine clearly isn't smart enough to realize what a smart question is, and how smart questioners can show how someone's argument is faulty. What politicians say is full of holes and they're able to get away with it because the MSM lets them. Fein isn't standing against that.

Regarding building coalitions, that's not my forte. It'd be great to find others who are more meet-and-greet types to help me build a coalition. Heck, even Joseph Fein might be able to do that, except he's shown above that he just isn't that smart.

As for the disclaimer about "vile idiots", I've included that or similar in comments because every single teapartier who's replied to any of my comments have shown themselves to be vile idiots: they lie, they mislead, they smear, and they're completely unable to present a valid, logical argument against anything I've ever written. Joe Fein's content-free post is no different.

P.S. The Urkobold link is from when I used to comment at Reason. I stopped after a particularly vile smear, and none of those at Reason - contributors or commenters - were ever able to present a valid argument to anything I wrote: 24ahead.com/s/reason-magazine

P.P.S. "tom swift" is another example of muddled thinking. I'm not claiming that the base of the teaparties is "colluding" to encourage illegal immigration. My claim is that they're useful idiots for those who do in fact support mass/illegal immigration. They're going along with them by doing things like largely ignoring the issue for over a year. That isn't the same as "colluding".

ADDED:
1. Fein criticizes me for not having a blog roll without realizing that this isn't a blog. Since 2002 I've posted over 9200 entries and, while many of the ones in earlier years are a bit on the "bloggy" side, in recent years I realized the huge limitations of how most bloggers do things: snark and so on. Unlike many bloggers I don't just snark at people, I try to show how they're wrong. And, frankly, I don't want to be associated with the Glenn Reynolds of this world. I do link to bloggers when warranted, although some times that's a bad idea.
2. Fein's false claim that I "hate" illegal aliens is in line with how some GOP leaders smear those generally on their side.
3. Many of the posts at this site show how mainstream media reporters are wrong. See the "Reporters" section of my Topics page for links to dozens of examples. If Fein tried to discredit a reporter, he'd fail just as miserably as he failed in his post about me. Instead of helping me discredit reporters who aren't on his side, he's smearing someone who - were he smarter - he'd be helping.
4. Since I tried to ask Obama a challenging question in February 2007, I've been urging people to go to his appearances and those of other politicians and ask them tough questions. As mentioned above, it's obvious that Fein has no idea what a tough question is. He isn't able to overcome that deficiency and help promote my question authority plan despite how it would help clean up Washington and encourage a higher-level of debate in the U.S. Instead, he simply sneers like a little child at my attempts to solve problems.
5. Fein refers to me as "Lonewacko", which was where this site was previously located... two years ago. While I still use my "LonewackoDotCom" account when commenting on blogspot.com sites, that's partly to avoid having to get a new account (and associated Google account) and also because the teaparty types are so dumb that a new account would trigger even more false claims. Generally speaking, when criticizing someone it's a good idea to use their more popular name rather than one they mostly stopped using two years before. Fein couldn't even get that right.
6. What Fein - and many others - can't understand is that some people take principled stands even when it costs them visitors. If I were fake and unprincipled - something Fein clearly understands if little else - I could easily support or at least be neutral on the teapartiers. And, I could easily write partisan posts that would get links from Reynolds and from other rightwing bloggers. Or, I could write things that would get links from FireDogLake and the like. I don't do that. Something like the repudiate teaparty post isn't going to please either rightwing or leftwing partisan hacks. It was, however, the best thing for the U.S. Others obviously have different priorities.

3/18/11 UPDATE: The Glenn Reynolds post in full is: "A FISH, A BARREL, a smoking gun. The sentiment is widely shared." The first is a reference to the "suck.com" site, but might also be a threat. The "smoking gun" links to Fein's post, and the second links to this (typically vile) Google search: link. Based on that search, I'm willing to directly accuse Glenn Reynolds of hiding behind a pseudonym to tell me to "STFU". 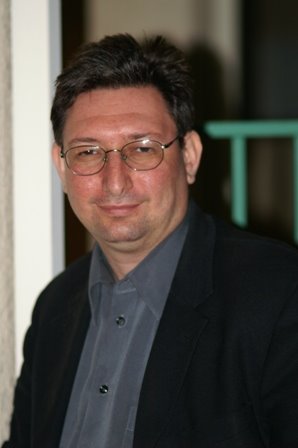