There have been several scams or near-scams where internet services solicit questions for politicians which are then asked on those services. Several years ago, Youtube joined with CNN to solicit video questions that they asked at a presidential debate; they chose the weakest and dumbest questions possible. See popular voting systems for several other examples. 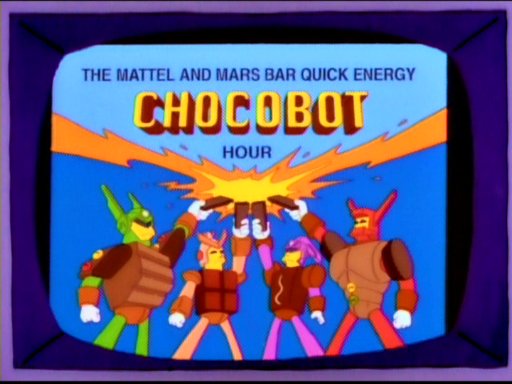 But, the biggest scam so far has to be Skype's "Ask The Whitehouse" (#AskTheWhitehouse) event to be held on December 11, 2013. Skype and Bing - both part of Microsoft - are soliciting immigration questions on video to be asked of Joe Biden and Cecilia Munoz. Unlike past contests, in order to have your video question asked you have to jump through a series of hoops:

I spent a few hours trying to comply with the first three points. I had Skype installed but I created a new account for the contest. I don't have a webcam, but I spent the time to install and try to configure a couple of virtual webcams, with the goal being to play a video I created over the virtual webcam. The introductory video Skype provides (youtube . com/watch?v=axRV4KlUy0o) didn't match up to the version of Skype I had installed, but I tried to place a video call to "AskTheWhitehouse". The first seven times there was no answer. Only on the eighth try did it connect, and the message I got said I had to do something that wasn't present in the Skype interface. So, I then had to download and install the latest version of Skype. Only then did I see the "Send a video message" option, but it was grayed out. A quick search (not in Bing) later, I found out that feature is only available in later versions of Windows (I'm using XP and hopefully one day I'll make the jump to Linux).

As bad as Youtube, Facebook, etc. are, they didn't require that much work to ask politicians questions.

Not only are all the things Microsoft wants you to do completely self-serving, but the contest content will almost assuredly fit that description.

Microsoft has a clear financial stake in comprehensive immigration reform: for years they've been one of the major forces lobbying for increased H1B limits and other steps that would increase the number of workers available to them. The chances that Microsoft will pick tough questions that show how the high immigration position is wrong are slim: that's not in their financial interest. And, not asking Biden or Munoz tough questions will help Microsoft with their lobbying efforts. (If I'm wrong and a tough question is asked, I'll take that back but I don't think I'll have to do that.)

The video below is the first of several that I would have submitted. I'll save that and the others for the next scam.

Want to do something about this? Let the spokesman for the contest, Jason Zone Fisher (@JZFish) know what you think. And, encourage reporters to ask Biden (@VP) and Munoz (@Cecilia44) why they're in effect shilling for a commercial service that only some can access.

UPDATE: Others you can chat with include Natali Morris (@natalimorris, host of the event), Bill Cox (@billcox, a Microsoft strategist), and Elisa Steele (@elisasteele, "CMO, Consumer Apps & Services" for Microsoft)

12/11/13 UPDATE: All the questions asked were very weak, and Biden and Munoz were able to deflect them with ease. The two or three pro-borders questions selected just served as setup questions for Biden. That shows yet again that regular citizens asking politicians questions does the U.S. no good. It might get those asking the questions more renown - some might even their goal of getting on Fox News - but it doesn't hold the administration accountable. Those who have the chance to ask questions need to put what's good for the U.S. ahead of what's good for their careers.

Here are some of the questions I tweeted during the event (hashtags removed):

12/11/13 UPDATE 2: This event was even more of an outrageous scam than I first predicted. From "White House vetted questioners for Biden’s Skype chat" (link):

...those who actually got to speak directly with Biden were first recruited by Skype and vetted by the White House.

Skype then submitted a list of would-be questioners to the White House, which eliminated some of them from contention, Haas said.

“We said, ‘Here are a bunch of panelists, we really like these, what do you guys think,’” Haas said. “They rejected a bunch and then the others we used.”

...Haas said he could not identify who at the White House was responsible for vetting the questioners and categorized the number of people rejected as “a very small percentage” of those offered. One was removed because the person is a Capitol Hill staffer, but Hass said he did not recall the circumstances around others.

But the White House did not receive an advance look at questions posed to Biden and Munoz, Haas said.

---------------
[1] If your video is selected, you have to sign and submit a lengthy release form that goes beyond other release forms that I've seen. Here's just the first paragraph:

I hereby grant Microsoft and its legal representatives, licensees, and assigns (hereinafter “Microsoft”) an unrestricted, perpetual, worldwide, royalty-free, irrevocable license, with rights to assign and sublicense, to use my name, image, likeness, signature, voice, or other aspects of my personality as depicted in or related to the Media, in various Microsoft hardware and software products including but not limited to all product editions and versions, SKUs, updates, associated products and services, service packs, upgrades, subsequent releases, whether similarly branded or not, and localizations in all foreign languages of the products, all Microsoft Web sites, including all editions, successors, future versions and upgrades thereto, (collectively, the “Products”) and any marketing and advertising materials for the Products, on a worldwide basis.

If you sign that, they could put your name and picture on the box for Windows 9 if they wanted.