Between October 19 and 26, a group of far-left religious groups [1] will be conducting a "Media Violence Fast" during which they're encouraging their members to avoid violence in the media; that wouldn't be such a bad goal if all they were doing was avoiding entertainment programs. Of course, they aren't doing just that. Instead, they're using the "hate speech" label to both paper over the fact that they support massive illegal activity and in an attempt to silence those in the media who support our laws.

The So We Might See Coalition’s media violence fast encourages families to take a stand against violent media by making a conscious decision not to watch it — and to seek other methods of entertainment and intellectual stimulation. In addition, each year we select a theme for the fast to provide a topic of meditation and social action. This year we are focusing our justice again to fight anti-immigrant hate speech. At the same time we are avoiding gratuitous violence in our entertainment media, we are going to challenge ourselves to listen to some of the worst anti-immigrant speech and support efforts to increase the public’s access to information about hate speech, thus enabling them to take a stand against it... Specifically, this year we are supporting the National Hispanic Media Coalition’s efforts to increase the public’s information about hate speech on national media thus enabling American’s to take a stand against hate speech. Please sign our petition to the Federal Communications Commission and the Department of Commerce to ask them to conduct an inquiry into hate speech so that we can better understand it, and to update a government report that collects statistics and information about the connection between hate speech and hate crimes.

And, their borderline fascist definition of "Categories of hate speech" is at ucc.org/media-justice/mvf2009/learn-more.html

* False Facts consist of incorrect, exaggerated, or de-contextualized facts.
* Flawed Argumentation is rooted in hidden assumptions, guilt by association, and appeal to fear.
* Divisive Language creates and/or encourages an “us vs. them” mentality. Hard times often incite blaming “others” as the source of trouble. Catholics, Jews, and African Americans have been routinely targets as scapegoats for those wishing to further their own agendas.
* Dehumanizing Metaphors evoke messages relating to warfare, heroism, disease, and biblical characters.

Their petition - addressed to the FCC - is at ucc.org/media-justice/mvf2009/take-action.html. It includes this example of "hate":

in June 2006 four teenagers posed as federal agents and asked two Mexican men for their green cards. The teenagers then beat and robbed the two men, while accusing them of stealing jobs from U.S. citizens. This incident occurred after radio talk show host Rush Limbaugh called Mexican immigrants, regardless of legal status, "a renegade, potential crime element that is unwilling to work."

I'm sure many other bad things happened after Rush said what he said; is he responsible for all those too? To weak, far-left minds, apparently very weak correlation equals causation. And, while they didn't get the quote exactly right, he appears to have said it but in the context of what George W Bush was thinking in his support for massive immigration (mediamatters.org/research/200603280009):

look at it from Vicente Fox's point of view. I mean if -- if you had a -- a -- a renegade, potential criminal element that was poor and unwilling to work, and you had a chance to get rid of 500,000 every year, would you do it?

10/20/09 UPDATE: There's a six-page article here that, instead of being written in a get-to-the-point style, is written in the mysterioso style. However, apparently FCC Commissioner Michael Copps gave a speech at a UCC church in New York City and in so doing mentioned the So We Might See coalition and thanked Cheryl Leanza of the UCC for bringing out his speech. The article goes in to the funding of the various groups, and if anyone can offer a summary that would be appreciated.

[1] The groups involved are the National Council of Churches (very far left, see this), United Church of Christ, US Conference of Catholic Bishops, the United Methodist Church, the Islamic Society of North America, the Presbyterian Church, and the Evangelical Lutheran Church in America. 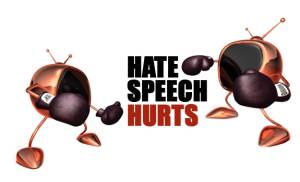 Most if not all of the far left political race Groups are nothing but puppets of other counties like THE Red chinese Or mexico city drug dealers who are working day and night to take down our nation the real crime is not the far lfet its the fact that the far left can get away with this BS. Put me on the hate speech list and any other list the boys can come up with. Buy Guns and think freedom. and understand what you will be fighting for in the coming future.

poor people live in bloomington indiana 47401 right now no body care at all they sleep every where cig. are butt every every too monday tue,wed thur not too good too sleep at all no house to put these people in more homeless the place to go why do a story on that ot sue some one like the state in fedal count only send too livebuzz@idsnews.com, cathy.kightlinger@indystar.com, ben blithers and helen enari and jck skikes . media@colorofchange.org lhersberger@lutheran-hosp.com dan@1070thefan.com

Not all that badly said by Fred.

Clayton how about this little one poem. Imperectly the days do go with little things of life and death; all we see is in that past for that old bygone and yore of time. Check out X.J Kennedy on poetry and political drama third edition is best.

Say it ain't so Fred?