One of the reasons why Donald Trump is currently doing so well is because his opposition is incompetent. Trump is a highly flawed candidate and if his opposition were competent Trump would be back on reality TV.

A case in point is the radio interview conducted by Charlie Sykes [1], a leading conservative talk radio personality in Wisconsin and a leading Trump opponent. Audio of the interview is embedded below (cached).

This was hyped by Leon Wolf of Redstate as Sykes "destroy[ing]" Trump and pinning him down [2]. That's, of course, not accurate. It's just 17 minutes of the same old things we can hear from CNN and all the rest. Sykes starts with a discussion of personal smears relating to the wives of Trump and Ted Cruz, segues into the Donald Trump's War on Women ad from an anti-Trump Super PAC, and then goes into Trump possibly misquoting a Time Magazine article about Wisconsin or Time getting their facts wrong. It's not clear which, and Trump is able to deflect that. Sykes then brings up the same old lines about Trump donating to Democrats and Trump not being a Real Conservative (like that matters).

It's Trump who wants to steer the conversation around to policy, which is where it should have started and where Trump is weakest. About the only objection Sykes can raise to Trump's "smart trade" policy is that it might raise consumer prices, and that's not going to mean much to those who've been negatively impacted by current trade policies.

Real questions for Donald Trump are available at [site coming soon] , and dozens of general questions can be found on the Question Authority page. If you oppose Trump, then urge interviewers to ask those questions instead of more of the same old cable TV news issues.

UPDATE: The fact that others (such as Allahpundit of HotAir, link and The Federalist link) are also hailing this as a tough interview says much about how incompetent the "#NeverTrump" forces are. To the wider issue of holding politicians accountable, some think Trump's campaign workers should have been shielded from even the weak questions like those Sykes asked. Fry cooks at McDonald's get asked tougher questions than any presidential candidate has ever been asked in the last decade plus, with predictable results. That's horrible for the country, but those like Leon Wolf, Allahpundit, and the Federalist refuse to put country before partisan MAD concerns [3] and emotional issues.

--------
[1] Sykes is also author of 2013's "A Nation of Moochers: America's Addiction to Getting Something for Nothing". That type of talk didn't work out so well for Mitt Romney.

...Brutal. The rest of the media should take notes on how to actually pin Trump down on an answer to a question. If Charlie Sykes can do it, why can’t anyone from any of the major cable news networks?...

[3] MAD = Mutually Assured Destruction. GOP partisan hacks don't want Democrats to be asked very tough questions lest the same techniques are used by the Democrats against the GOP, and vice versa. 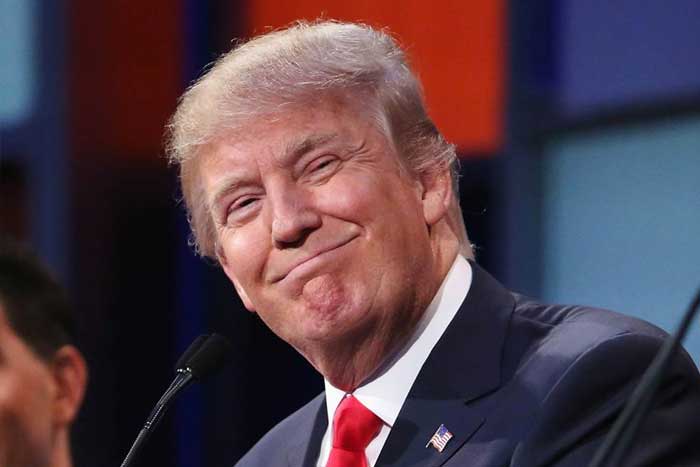