98% of MSM frontpage immigration stories by whites; should white reporters step down?

A new study called "Bleached: Lack of diversity on the front page" [1] has some statistics that might prove shocking to many Latinos ([2]):

Ever wonder why the news media often fails to reflect Latino perspectives on immigration and other issues? Maybe it's because Hispanics rarely write the big stories.

White, non-Hispanic journalists wrote a whopping 98.2 percent front page articles this year in major U.S. newspapers, according to data compiled by Fourth Estate, a group that tracks information about media. Only a miniscule 0.2 percent of journalists writing front-page newspaper features on immigration were Latino, according to the figures gathered from Jan. 1 to Oct. 12.

...Critics have pointed to lack of diversity in newsrooms as part of the reason behind the mass media's continued use of the term “illegal immigrant” -- an expression that nearly half of the Hispanic population finds offensive, according to a Fox News Latino poll released this year.

Well, there you have it: too many whites are writing immigration articles. Sure, one could quibble about the use of the term "Bleached" and wonder if the same sources promoting the study would do so if the title and the racial obsession were reversed.

But, in the interest of diversity, perhaps it's time for these reporters and other news sources to step down and make way for someone of the right color:

Please write to white reporters that cover immigration and suggest they make way for the "right people".

10/26/12 UPDATE: The ABC News story about this ( peekURL.com/zZns3gw ) is written by a Latina (Cristina Costantini), not Hesson. He links her story, tweeting "95% of the journalists covering immigration are white. That's a serious problem (and I'm part of the 95%)".

One of the principals involved in 4th Estate is Michael Howe, a software developer who works for GNI (see below). He's since had to revise his figures due to problems with the methodology ( peekURL.com/z6M98ca ). The 98% has become 93%.

-----------------
[1] The organization behind the report is "Fourth Estate" (4thestate . net) and the report is at peekURL.com/zCDh6hk . Their "sister company" is Global News Intelligence which lists three addresses: 4343 Pan American Freeway, Suite 234 Albuquerque, NM 87107; 85 Granite Shed Lane UNIT 1 Montpelier, VT 05602; 1110 North Glebe Road, Suite 1010 Arlington, VA 22201. A search for the first brings up interesting results: that is or was the address for "Life BioScience Inc.", "Life MicroFab", etc. A search for the second shows it is or was also used by "Michael Levine, Owner Flywheel Communications". A search for the third appears less clear. Whether those are all PMBs shared by multiple companies, or multiple companies owned by the same group isn't known. 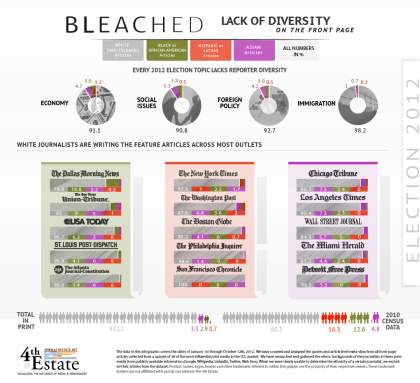