As a non-partisan (i.e., independent) voter in California, I was allowed to vote in the Democratic primary. And, I did so. And, for Hillary Clinton.

On the one hand, Obama is the weaker general candidate, someone who a few pointed questions at townhall meetings could knock out of the race. On the other hand, he would also be a worse president and would definitely be worse than Hillary on immigration matters. And, if Obama does well or wins California, it will be portrayed as validation of his hispandering.

This will also hopefully keep me off Her enemies list. 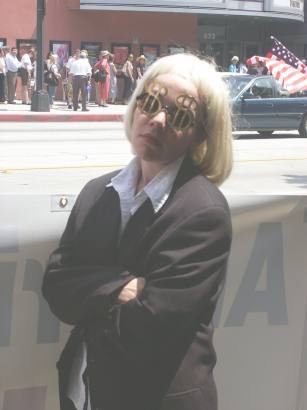 _validation of his hispandering._ Hell, it's Hillary that cleaned up among Hispanics!

But Obama went nuts in recent weeks with his promises to the pro-illegals crowd. As if he was actually trying out-open-borders her. The guy is pure awfulness on the topic.

Why on earth would you want a criminal back in the White House? Besides they already served two terms. They shouldn't get another chance to tarnish the Oval Office.